The problem: Impact investment is the fastest growing asset class in the world, but there are no systematic ways to streamline investment into impact ventures with exponential scale potential.

Our purpose: is to scale innovation to achieve the Sustainable Development Goals (SDGs)

Our mission: is to mobilise the resources needed to scale the best Impact Ventures in the world to positively impact 1 billion people by 2030.

Our impact:  Reach a sustainable world where systems and markets support the health, vitality and wellbeing of people and planet. Focusing on creating global partnerships for the SDGs.

Our product: is the EarthTech Innovation Platform & client success team which connects curated impact ventures with impact investors and streamlines the dealflow process.

EarthTech was founded by Ant Moorhouse and Brian Keayes in March 2019.

Each team member of EarthTech has had their own crisis of consciousness around why they are dedicating their time to the #earthtech movement. The co-founders are no different.

Ant had recently returned from 4 years in Boulder, Colorado, where he had been investing in and mentoring tech-start-ups, as well as starting a few of his own. Prior to returning to live in Australia with his wife and two young daughters, Ant’s family did a reconnaissance trip to see if it was time to return to Australia and if so, where they wanted to live. As part of that trip, they went to the Great Barrier Reef. It was good. But it was nowhere near as breathtaking as when Ant and his wife Sarah were at the reef 18 years prior on their Honeymoon. The damage was clear. Those 18 years had not been kind to the Great Barrier Reef. On the boat trip back to Cairns, Ant decided that the rest of his professional life was going to be focused on helping the health of our planet. He felt that it was the least he could do for his children.

Upon arriving in Noosa, Ant felt this immediate sense that the Noosa region was perfectly placed, at this particular time, to be the national and maybe even global epicentre of ‘sustainable’ technologies. It was at this point that Ant was introduced to Brian Keayes, long time Sunshine Coast resident, environmentally focused Projection Artist, UX Expert and Designer who had the same vision.

Brian first created the EarthTech brand in 2016 after watching “Before the Flood” by Leonardo DiCaprio. Before the movie ended, he had committed to changing his diet, refocused his Creative Agency and repurposed the messaging of his projection art to be focused on the environment and what became known as “Earth Technologies”. Having run three TEDxNoosa events from 2013 to 2015, he knew all too well the power of ideas and events, but needed the missing component – harnessing the energy that is created from such events. It was when he met Ant, that the aligned vision and purpose was combined with a strategy to harness the potential and enabled the re-launch of EarthTech.

With this shared vision of the future and a commitment to make a change, an investment round was quickly closed and the journey has begun. 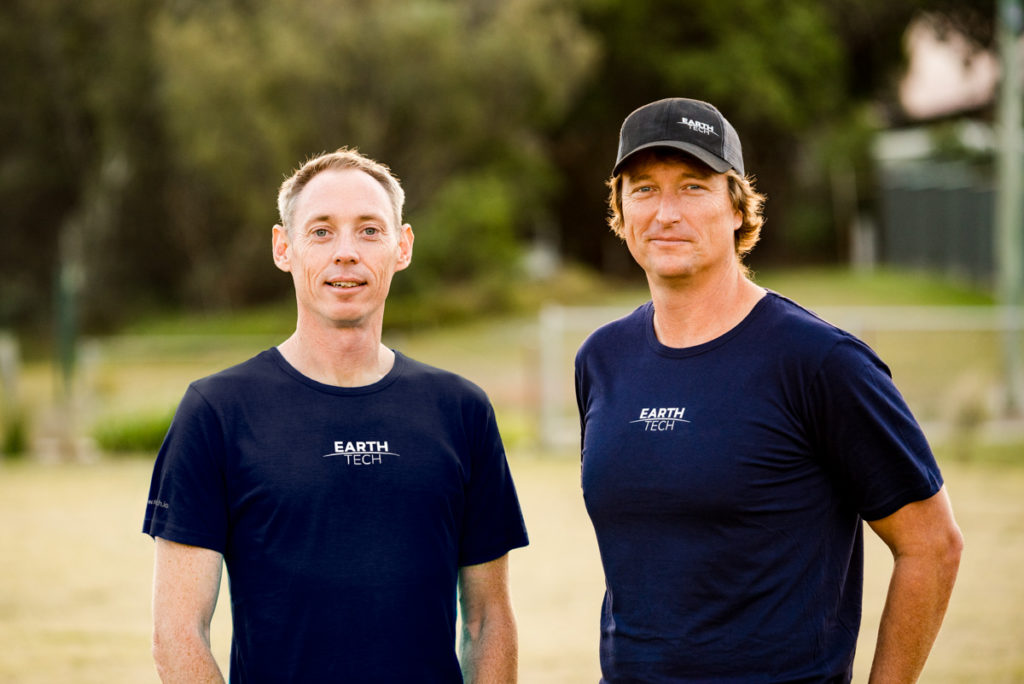 EarthTech acknowledges the Australian Aboriginal and Torres Strait Islander peoples of this nation. We acknowledge the traditional custodians of the lands on which our company is located and where we conduct our business. We pay our respects to ancestors and Elders, past and present. EarthTech is committed to honouring Australian Aboriginal and Torres Strait Islander peoples’ unique cultural and spiritual relationships to the land, waters and seas and their rich contribution to society.